Italy sets on the shores of the Mediterranean Sea in southern Europe where it was united as a single state in 1870, developed into a Republican democracy in 1946, and is a current member of the European Union.

The country covers an area of 187,033 square miles (301,000 sq. km.), which is roughly twice the size of the US state of Georgia. In addition to the mainland, it consists of two large islands to the south – Sardinia and Sicily – and a long, mountainous peninsula that protrudes into the Mediterranean Sea. Throughout its long history, Italy has gained renown for its achievements in science, government, art, literature, and culture.

Italy boasts a current population of approximately 60 million inhabitants, making it the 23rd most populated country in the world. The capital city of Rome has a population of 3,362,252 inhabitants. Other major cities are Milano (3 million), Napoli (2.3 million), and Torino (1.7 million). Although 93% of Italy’s population is native Italian, there still exists deep historical and cultural differences between the north and south and between the many distinct Italian cultures and dialects. Italy has the seventh largest economy in the world, but a notable contrast exists between the highly industrialized, affluent north and the less prosperous south, where unemployment is widespread.

The capital city of Rome is also the seat, or headquarters, of the Roman Catholic Church and the Vatican (the palace and official residence of the Pope). Therefore, it is no surprise that over 80% of the population (50+ million) identifies with Catholicism, while Evangelicals make up little more than 2%, yet despite being the homeland of Catholicism, less than 15% of Italians are actively “practicing Catholics.” Some studies show that the number is as low as 3%. Correspondingly, the number of new priests entering the ministry has also severely declined. The spiritual darkness of Roman Catholicism has devastated the spiritual and moral climate of Italy. Secularism, eastern mysticism, new age practices, paganism, occultism, and even Satanism are on the rise. In fact, there are 150,000 practicing soothsayers, prognosticators, and healers, in contrast to approximately 50,000 Catholic priests! Those Catholics who do pray are more likely to pray to Padre Pio (37%) or Saint Anthony (21%) than to Jesus (10%).

Protestantism has existed in Italy for over eight hundred years. However, unlike other countries in Europe, Italy never felt the impact of the Reformation or experienced any major revival. Rather, it has languished under the shadow of Roman Catholicism and its persecution of Reformers, Protestants, and Evangelicals. The Waldensian Church, which developed into the Italian branch of the Reformers in northwest Italy, suffered centuries of unspeakable persecution at the hands of the Pope and Roman Catholicism.

Although faithful Evangelical missionaries have labored in Italy for decades, only 2% of the population considers itself to be Evangelical. Among those who are Evangelical, there is a great need for doctrinal and practical instruction from the Scriptures. There is good reason why Italy is often called as “the graveyard of missionaries.” Many good mission workers come from abroad, but the vast majority leaves after only a few years due to reasons such as lack of results, spiritual depression, government bureaucracy, and corruption. Currently, 70% (approximately 8,100) of Italy’s cities and villages are without a Bible-believing Evangelical church while there are nearly two million unreached university students, an estimated 500,000 drug addicts, and 1.5 million Muslim immigrants, both legal and illegal.
Paul Washer traveled to Italy in 2013 to preach a series of sermons with the Evangelical ministry “Coram Deo” and to investigate the possibility of partnering with churches, pastors, and ministries in this spiritually dark country. After months of prayer and deliberation, HeartCry decided to begin to work with biblical churches and elders that are already established in Italy in order to: (1) train and send indigenous missionaries throughout Italy; (2) promote the publication of sound gospel literature for the evangelization of the lost and the edification of God’s people; (3) sponsor regional and national Bible conferences.
Sources: Operation World – Italy,
The Joshua Project – Italy,
The World Fact Book – Italy 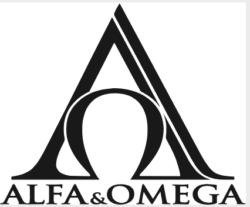 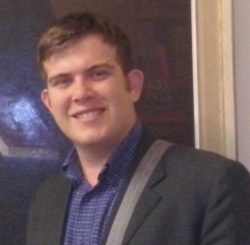