The Federal Republic of Germany is a federal parliamentary republic in western-central Europe. The country consists of sixteen states, and its capital and largest city is Berlin. Germany covers an area of 137,847 square miles, and its 82 million inhabitants make it the most populous member of the European Union. Germany is the major economic and political power in Europe and has developed a very high standard of living. Germany has also been the home of many influential philosophers, music composers, scientists, and inventors; and is known for its rich cultural and political history.

Germany’s strategic position in the E.U., Europe, and the world could be significant for the advancement of the Gospel. However, the country is largely given over to secular humanism and materialism. Although religious freedom is guaranteed by the constitution, Christianity is increasingly marginalized, and false religious teachings such as Islam are on the rise. The Catholic and Lutheran Churches are informally recognized as established churches, but their non-biblical traditions and liberalism are a deterrent to the advancement of the Gospel. Only two percent of the population claims to be Evangelical, and yearly growth is less than one percent. 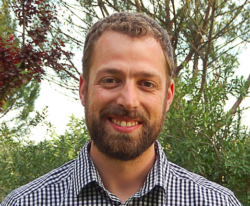