While communism ravaged Eastern Europe economically, genuine Christianity thrived under the tyranny of godless leaders and repressive regimes. On the other hand, while the countries of Western Europe enjoyed democratic, capitalist governments, their liberties were a deterrent to the spread of the Gospel. Under the influence of Western culture, these countries prospered materially but declined spiritually. Today, apathy, atheism, and apostasy abound across Western Europe.

HeartCry has been privileged to respond to the Macedonian call, as we partner with many missionaries across Europe. Presently, we support missionaries in Eastern Europe, in the countries of Romania, Moldova, Kosovo, and Ukraine; and missionaries in Western Europe in the nations of Finland, France, Germany, Italy, Scotland, Netherlands, Spain, Sweden, and Switzerland. Their Gospel work encompasses literature and open-air evangelism, church planting, discipleship, theological training, and student ministries. 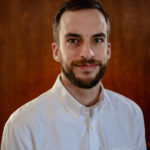 Hunter came to Virginia to begin serving with HeartCry in 2019 with a desire to see local churches established and flourishing all around the world. He oversees works across Southern and Eastern Europe. He and his wife welcomed their first child in 2020.