The Republic of Belarus is a landlocked country in Eurasia bordered by Russia to the northeast, Ukraine to the south, Poland to the west, and Lithuania and Latvia to the northwest. Minsk is the nation’s capital and largest city. In the aftermath of the Russian Revolution, Belarus became a founding constituent republic of the Soviet Union. The country was subsequently devastated in World War II, during which Belarus lost about a third of its population and more than half of its economic resources. After the dissolution of the Soviet Union, Belarus gained its independence in 1991. Currently, however, despite objections from Western governments, the leadership continues to use Soviet-era policies, such as state ownership of the economy. In 2000, Belarus and Russia signed a treaty in hopes of generating greater cooperation between their governments. Even though the official languages of Belarus are both Russian and Belarusian, Russian is more predominantly spoken, which is reflective of the close relationship between the two nations. Despite its proximity to the rest of Europe and the West, Belarus’ Democracy Index rating continuously ranks the lowest in Europe, and the country is labeled as “Not Free” by Freedom House and “Repressed” in the Index of Economic Freedom. For this reason, the country is often referred to as the “Last Dictatorship in Europe.”

Unfortunately, the religious freedom that Belarus claims is only on paper. In practice, Evangelical Christians are faced with opposition and growing hostility from both the state and Eastern Orthodoxy. Laws are in place that forbid meeting in homes for worship, forming congregations of less than twenty people, opening religious schools, ministering outside of the home city, and importing and distributing non-state-approved literature. Any religious group that is not registered is subject to persecution, as it is declared illegal; but the registration process is tedious, expensive, and oftentimes impossible. However, in spite of active persecution and state hostility, the Evangelical church of Belarus is growing and beginning to take the initiative in training future leaders who will continue the work of the church.
Sources: Wikipedia and Operation World 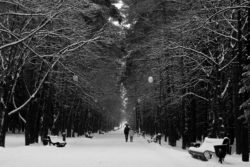