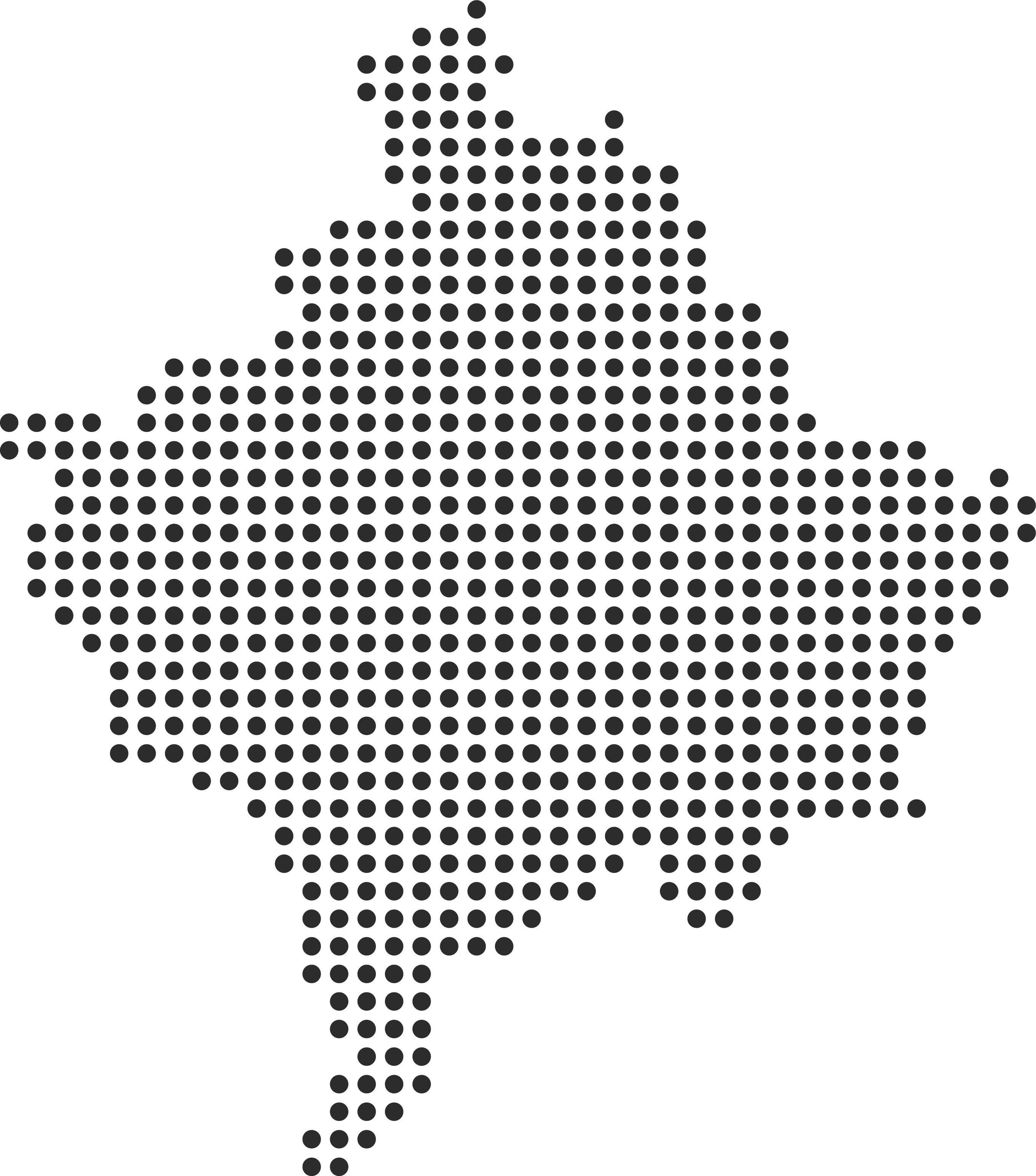 The Republic of Kosovo, or simply Kosovo, is a partially recognized state in Southeastern Europe that declared independence from the country of Serbia in February 2008. Though it is relatively small in geographic size and population, it is in great need of the gospel of Jesus Christ, the training of elder-qualified leaders, and the formation of biblical churches.

The central Balkans were part of the Roman and Byzantine Empires before ethnic Serbs migrated to the territories of modern Kosovo in the 7th century. During the medieval period, Kosovo became the center of a Serbian Empire and saw the construction of many important Serb religious sites, including many architecturally significant Serbian Orthodox monasteries. The defeat of Serbian forces at the Battle of Kosovo in 1389 led to five centuries of Ottoman rule during which large numbers of Turks and Albanians moved to Kosovo. By the end of the 19th century, Albanians replaced Serbs as the dominant ethnic group in Kosovo. Serbia reacquired control over the region from the Ottoman Empire during the First Balkan War of 1912. After World War II, Kosovo’s present-day boundaries were established when it became an autonomous province of Serbia in the Socialist Federal Republic of Yugoslavia. Despite legislative concessions, Albanian nationalism increased in the 1980s, which led to riots and calls for Kosovo’s independence. The Serbs – many of whom viewed Kosovo as their cultural heartland – instituted a new constitution in 1989 revoking Kosovo’s autonomous status. Kosovar Albanian leaders responded in 1991 by organizing a referendum declaring Kosovo independent. Serbia undertook repressive measures against the Kosovar Albanians in the 1990s, provoking a Kosovar Albanian insurgency.

Beginning in 1998, Serbia conducted a brutal counterinsurgency campaign that resulted in massacres and massive expulsions of ethnic Albanians (some 800,000 ethnic Albanians were forced from their homes in Kosovo). After international attempts to mediate the conflict failed, a three-month NATO military operation against Serbia, beginning in March 1999, forced the Serbs to agree to withdraw their military and police forces from Kosovo. UN Security Council Resolution 1244 (1999) placed Kosovo under a transitional administration, the UN Interim Administration Mission in Kosovo (UNMIK), pending a determination of Kosovo’s future status. A UN-led process began in late 2005 to determine Kosovo’s final status. The 2006-07 negotiations ended without agreement between Belgrade and Pristina, though the UN issued a comprehensive report on Kosovo’s final status that endorsed independence. On February 17, 2008, the Kosovo Assembly declared the province an independent nation. Since then, over 110 countries have recognized Kosovo, and it has joined numerous international organizations. In October 2008, Serbia sought an advisory opinion from the International Court of Justice (ICJ) on the legality under international law of Kosovo’s declaration of independence. The ICJ released the advisory opinion in July 2010 affirming that Kosovo’s declaration of independence did not violate general principles of international law, UN Security Council Resolution 1244, or the Constitutive Framework.

Demonstrating Kosovo’s development into a sovereign, multi-ethnic, democratic country, the international community ended the period of Supervised Independence in 2012. Kosovo held its most recent national and municipal elections in 2017. Serbia continues to reject Kosovo’s independence, but the two countries agreed in April 2013 to normalize their relations through EU-facilitated talks, which produced several subsequent agreements that the parties are engaged in implementing, though they have not yet reached a final settlement. Kosovo seeks full integration into the international community and has pursued bilateral recognitions and memberships in international organizations. Kosovo signed a Stabilization and Association Agreement with the EU in 2015 and was named by a 2018 EU report as one of six Western Balkan countries that will be able to join the organization once it meets the criteria to accede. Kosovo also seeks memberships in the UN and in NATO.

Kosovo is a representative democratic republic. It is governed by legislative, executive, and judicial institutions which derive from the Constitution. The legislative branch is vested in both the Parliament and the ministers within their competencies. The government exercises the executive power and is composed of the Prime Minister as the head of government, the Deputy Prime Ministers, and the Ministers of the various ministries.

Kosovo is a landlocked territory in the Balkan Peninsula, which covers an area of 4,212 square miles. Among the nations of the world, Kosovo ranks 168th in size and is slightly larger than the state of Delaware. It is bordered by Albania to the southwest, the Republic of Macedonia to the southeast, Montenegro to the west, and Serbia to the north and east. Due to its strategic position in the Balkan Peninsula, it serves as an important link in the connection between Central and Southern Europe, the Adriatic Sea and the Black Sea. Its capital and largest city is Pristina (205,000), while other major urban areas include Prizren (187,000), Ferizaj (102,000) Peć (98,000), and Gjakova (95,000).

Kosovo’s citizens are the second poorest in Europe, after Moldova, with a per capita GDP (Gross Domestic Product) of $10,400 per person in 2017. An unemployment rate of 33%—including a youth unemployment rate of nearly 60% in a country where the average age is 26—encourages emigration and fuels a significant unreported economy. Emigration remains challenging, however, because Kosovo lacks visa-free travel to the EU. Most of Kosovo’s population lives in rural towns outside of the capital, Pristina. Kosovo enjoys lower labor costs than the rest of the region; however, high levels of corruption, little contract enforcement, and unreliable electricity supply have discouraged potential investors. The official currency of Kosovo is the euro, but the Serbian dinar is also used illegally in Serb majority communities. Kosovo’s tie to the euro has helped keep core inflation low.

According to the Constitution, Albanian and Serbian are the official languages of Kosovo. Almost 95% of the population speaks Albanian as their native language, followed by Bosnian, Serbian, Turkish, and Romani.

Ethnic Albanians in Kosovo have the fastest rate of growth in population in Europe (1.3%). Over an 82-year period (1921–2003) the population of Kosovo grew to 460% of its original size. Between 1931 and 1991, as Kosovo’s population quadrupled, its Albanian contingent grew from 60% of the population to 81%. In the second half of the 20th century, Kosovar Albanians had three times higher birth rates than Serbs. In addition, most of Kosovo’s pre-1999 Serb population relocated to Serbia proper after the ethnic cleansing campaign in 1999.

Despite their planned integration into the Kosovar society and their recognition in the Kosovar constitution, the Romani, Ashkali, and Egyptian communities continue to face many difficulties, such as segregation and discrimination, in housing, education, health, employment and social welfare. Many camps around Kosovo continue to house thousands of Internally Displaced People, all of whom are from minority groups and communities. Because many of the Roma are believed to have sided with the Serbs during the conflict, taking part in the widespread looting and destruction of Albanian property, Minority Rights Group International reports that Romani people encounter hostility by Albanians outside their local areas.

According to its constitution, Kosovo is a secular state with no official state religion. It provides for freedom of religion and conscience. According to the 2011 Census, 95.6% of the population of Kosovo is Muslim. These figures do not represent individual sects operating in Kosovo such as the Sufism or Bektashism, which are sometimes classified generally under the category of Islam. Other religions are Catholic (2.2%), Orthodox (1.5%), other (.07%), or none or unspecified (1.3%). The Catholic Albanian communities are mostly concentrated in the cities of Gjakova, Prizren, Klina, and a few villages near Peć and Vitina. The Serb minority is largely Serbian Orthodox.

Christianity has a long-standing tradition in Kosovo, dating back to the Eastern Roman period. During the Middle Ages, the entire Balkan Peninsula had been Christianized by both the Romans and Byzantines. From 1389 until 1912, Kosovo was officially governed by the Ottoman Empire and a high level of Islamization occurred. After World War II, Kosovo was ruled by authorities in the Socialist Federal Republic of Yugoslavia. During that period, the population of Kosovo became increasingly secularized. Today, over 90% of its population comes from a Muslim background, most of whom are ethnic Albanians but also include Slavs and Turks.

According to the 2014 Freedom of Thought reports by the IHEU, Kosovo ranked first in Southern Europe and ninth in the world as free and equal for tolerance toward religion and atheism.

In most people groups in Kosovo, less than 0.5% of the population is considered Evangelical. The Joshua Project gives the following figures: