The Republic of Uganda is a former British colony that gained its independence in 1962. It shares national borders with Kenya, South Sudan, the Democratic Republic of the Congo, Rwanda, and Tanzania. Uganda’s borders also pass through three of the African Great Lakes, including Lake Victoria, the second largest freshwater lake in the world. These lakes help give Uganda a temperate climate and fertile soil, which in turn has led to the country’s moniker, the “Pearl of Africa.” Indicative of its previous ties to the United Kingdom, English became the national language of Uganda at its independence, while Swahili became the second national language in 2005. These are not the only spoken languages, however: over forty different languages are used regularly in the nation of more than 36 million people. The most widely spoken local language is Luganda, which is used primarily in Kampala (the capital and largest city) and its surrounding areas. Uganda’s best export is coffee; fish (from Uganda’s abundant lakewaters), tobacco, oil, and tea are some other important contributors to the country’s economy. These resources, however, have proven to be insufficient in Uganda’s fight against poverty – more than a third of the nation’s population currently lives on less than $1.25 (USD) per day.

Despite restrictions during previous governmental regimes, Uganda now enjoys freedom of religion. About 84% of its people adhere to some form of Christianity. Half of these nominal Christians align themselves with the Roman Catholic Church, making Uganda one of the most Roman Catholic English-speaking nations in Africa. Anglicans make up another large portion of the population (about 35%), while other Protestants comprise a much smaller percentage. In all, about a third of Ugandans would claim to hold to an Evangelical belief system. Islam is the only other religion with a substantial following in Uganda, with Muslims accounting for 12% of the population. Though its followers are significantly smaller in number in comparison to the aforementioned religions, the Bahá’í Faith also does have a foothold in Uganda, as Kampala is home to one of the world’s seven Bahá’í Houses of Worship. In spite of these heavy religious ties of the Ugandan people – very few claim to be irreligious – the superficiality of the majority of this religion is readily noticeable in its inability to alter the negative socio-political environment of the nation. The Ugandan government is considered to be one of the more corrupt governments in the world; child labor and trafficking is common; and the continued struggle against HIV/AIDS is a constant battle. Only the true Gospel will be able to penetrate Uganda’s deepest issues and transform the lives of her people. 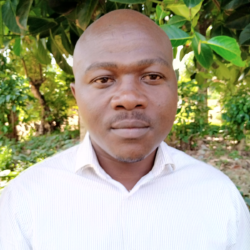 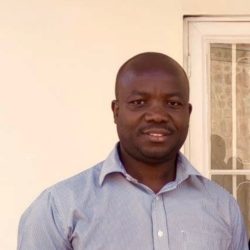