Joel has planted and now pastors New Life Baptist Church in a very poor area of Lima called Manchay and is currently beginning a new church plant in a nearby town.

Testimony and Call to Ministry

I was born in December of 1971 in the mountain town of Carhuamayo, Junin, Peru. I am the oldest boy in a family of six children. My mother was saved when I was small and always sought to instruct us in the ways of Christ. My father was drunk most of the time and because of his bad habit of drinking, he lost a good job and left us in poverty. My mother, sister, and I went out almost daily to sell what we could to be able to put a meal on the table.

When I graduated from high school, my younger brother and I decided to go to the jungle to take my father where he could not get alcohol. We lived there for nearly three years, and he gave up drinking during that time. However, the terrorists were taking over the remote areas of Peru and came to our village. They began killing people, recruiting young men, and destroying all that the people had worked for. I sent my father and brother to Lima so that they could escape the terrorists, but I thought I was courageous, and so I stayed to protect our things. I was not saved yet, but I claimed the verse in Matthew 10:28 that says we should not fear him that could kill the body, but rather Him that could kill both body and soul. But when the terrorists struck closer to my home, I fled for my life to the capital city, Lima, leaving all the fruits of our hard labor behind.

My family had already been in Lima for a few months and my dad had found a job as the caretaker of a Baptist church. I went to visit him, and the missionary’s wife of the church offered me a two-week job at their house, cleaning and preparing it for them to move in. I accepted, and since they needed more help, I stayed for four years working with them.

During that time, I went to the church with the missionaries and at a particular midweek service, I remember the missionary preaching on Proverbs 6, “These six things doth the Lord hate.” God used the message to convict my heart of sin, and for a couple of weeks, I was in complete misery over my sin.

Finally on February 28, 1994, by the grace of God, He saved me. I began to get involved right away in another church closer to the house, and both that pastor and the missionary with whom I lived discipled me. As I learned more, I began to do more. I taught a children’s Sunday school class, led the singing, became one of the teachers of the youth services, and began to teach in a Bible club in a small nearby shanty-town called Manchay.

Not many people wanted to go to Manchay. It is desert-like and very dusty and it is full of people living in the poorest of conditions. But God was calling me to work there. I had lived like them, and I wanted those kids to hear the Gospel, so they could know they would not have to live in darkness continually, and they could have joy despite their poverty.

I began training to be a teacher and taught 3 years in a Christian school as preparation for the ministry. In May of 1998, my wife and I were married, and in March of 1999, we heard of a mission work that had been started the previous year by a missionary. The work was left with another national but had been totally abandoned, so we were asked to help. Although there were reports of many being saved in the opening evangelistic campaign the previous year, when we got there, we found absolutely nothing. Another missionary lady helped us, and we started with about 5 children coming regularly.

In August, God began to send some adults, and a couple had already been saved. Slowly God began to build His church there, convicting sinners and by His grace saving some. In February 2001 we organized the church with 11 members, and since then the church has continued to grow. The ministries in which the church is involved are children’s, men’s, and ladies’ Bible studies; children’s Bible club; and discipleship studies.

The people in the church are growing spiritually, and that greatly encourages us. They are starting to take on responsibilities within the church and are interested in doing everything possible to share the Gospel with others in Manchay.

May God receive all the glory for the great things He has done and continues to do in Manchay. We pray He will use us to bring more people to Him by His wondrous grace.

He Is Our Comforter and Hope 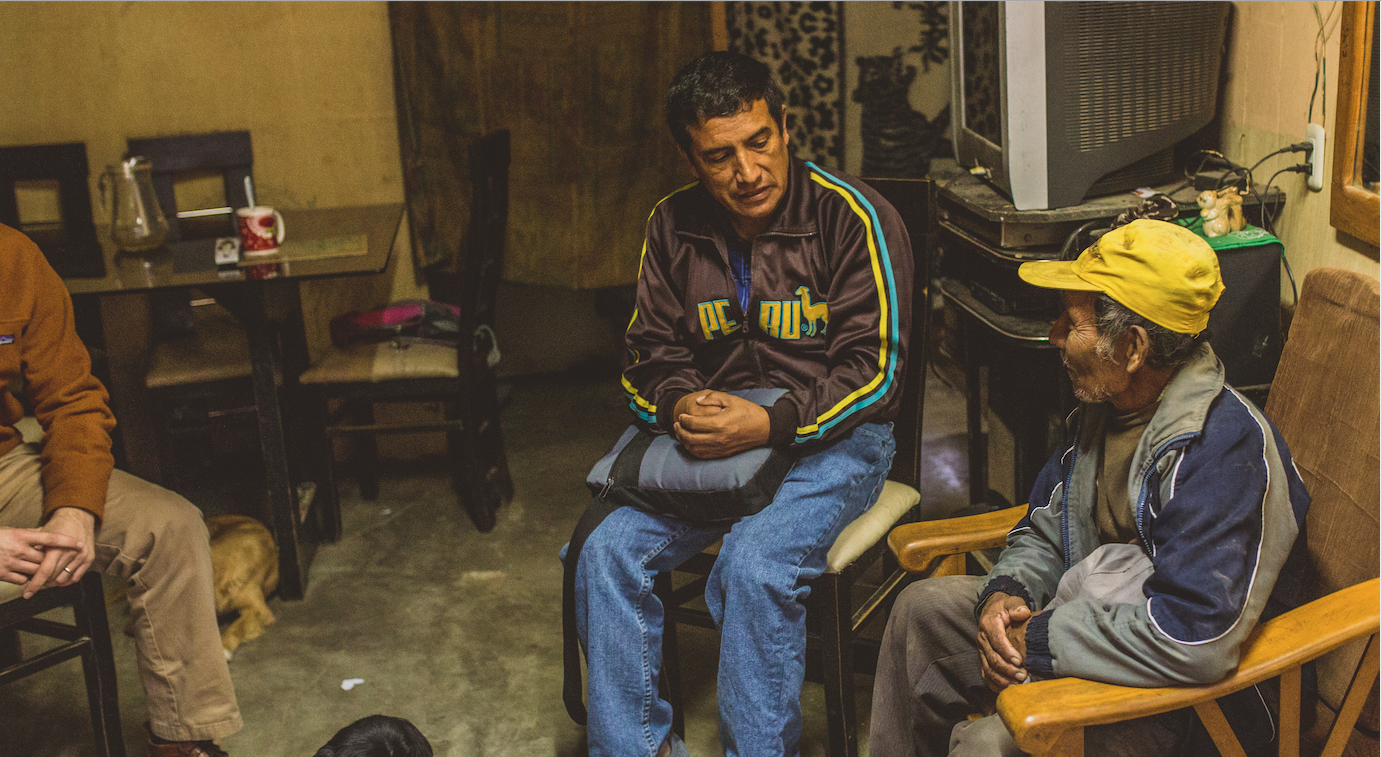